Cute and Cuddly Party in Weston 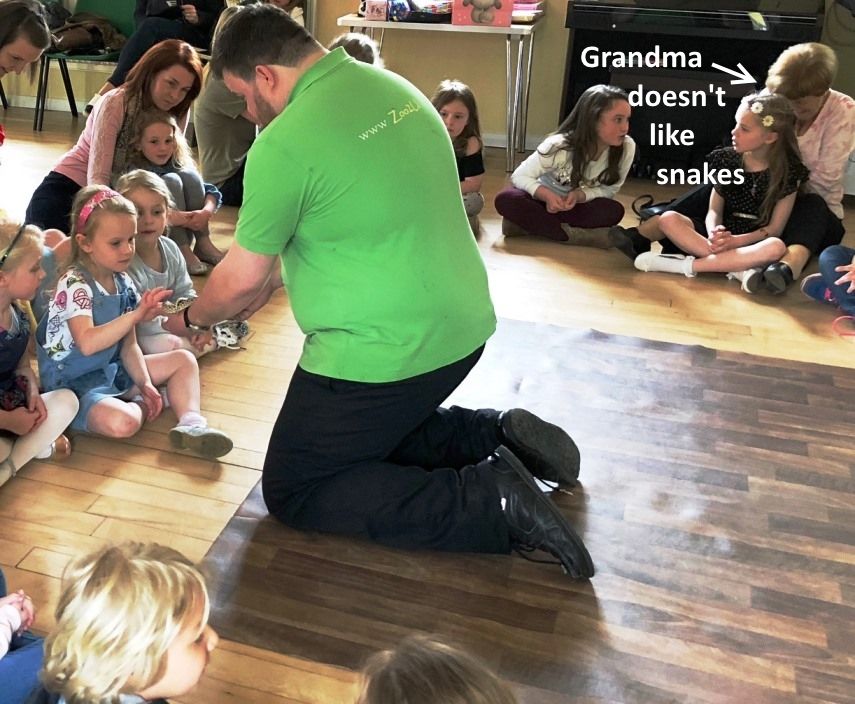 It was the summer and as some of our staff were taking well earned holidays is was time for me (Ben) to step in and support the fantastic Nathan at a wonderful Cute and Cuddly Birthday Party in Weston, Crewe (Cheshire). I met Nathan at the Zoo2U Discovery Centre in Alsager to pick him and the animals up. We left base in plenty of time.. with animals in the van we drive like grannies! When we arrived at our location we were met with 20 very excited children and as usual just as excited parents too. The first task was to make sure the scene was set for the animals to enter by ensuring it wasn’t too noisy. With the animals in and children and adults sat around our mat we were ready.

Nathan started by talking though the health and safety information and its importance for the party goers and animals alike. All of the children were very attentive and then the moment they had all been waiting for… the first animal was introduced. Hush!! You could hear a pin drop as Wilbur the Hog Nosed snake was introduced. The children were in awe. Nathan showed the snake around and offered a touch for those that were brave enough. Whilst the children were spell bound, the adults were distracted by other movements….Grandma! She was determined not to leave the mat and her granddaughter’s side, but she couldn’t help squirming at the thought of a snake being near her. She turned her back to the snake but kept looking over her shoulder whilst pretending she was fine. I think she secretly liked it in the end.

Next came Dipsy the Sulcata Tortoise who is only a baby and good thing too, because he will weigh the same as a motorbike when fully grown! Then came Bramble our African Pygmy Hedgehog, followed by Sally the Guinea Pig and last but not least Bumble the African White Faced Owl. At the end we asked the children and parents which animal was their favourite; the audience were split as they were all so wonderful! To top it all off we were offered party food at the end!

What a wonderful day all round and we look forward to the next Cute and Cuddly Zoo2U Party!