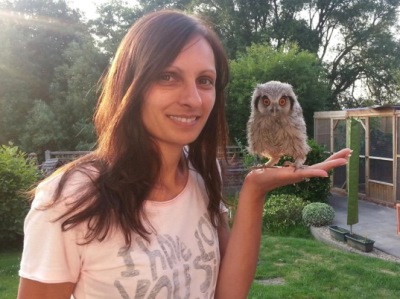 Melissa's passion for wildlife stems from her early childhood. She has grown up around animals and knew from an early age that exotic creatures were where her heart lay. This is reflected in her work history which spans over 20 years of working in UK and foreign zoos (including working alongside Steve Irwin back in the 1990's). Much of her work has involved presenting daily public displays and schools educational talks. Melissa has also spent several years in the equine industry, working mainly in riding schools where she taught both children and adults.

Her desire to understand and learn more about the animal kingdom led her to complete her BSc (Hons) in animal science in 2006 and MSc in animal biology and welfare in 2007. Melissa was then keen to pass on her knowledge and experience to others and this was realised in her role at a UK college where she taught students practical animal husbandry as well as managing the college's large animal centre. As part of her role, she delivered educational talks to visiting primary school classes. Melissa has a soft and caring nature and both animals and children respond well to her. Seeing how the children respond to a hands-on sensory approach has fueled her passion to bring wildlife to as many children (and adults!) as possible.