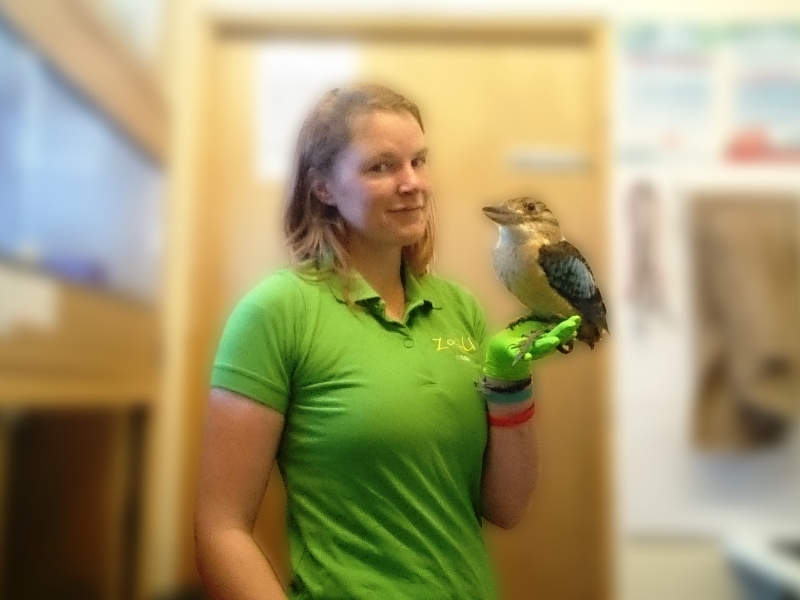 Having grown up in a family with a love for animals of all shapes and sizes, Jess, has a passion for animals. Starting life with a pencil and paper in hand, she is a keen artist and has always drawn inspiration for her art from the animal world, both wild and captive. Jess’s family has always been interested in invertebrates and reptiles but she broke the mould in 2014 by working with Primates in Africa and also became a falconer.

Always the avid traveller, Jess has been to several different countries across the world, including Australia, North America, Singapore and many more. Once she was in college and further it became a challenge to see the animals she worked with in their natural habitats, much like the European Vulture which she saw on the Isle of Cress and is an endangered species, rare to see. Jess has a BSc (Hons) in Zoo Animal Management and worked with a range of animals from Sealions and Penguins, to Lions and Tigers, to Monkeys and Sloths. Ever the animal enthusiast she also does charity work for organisations like Gauntlet Conservation Trust which included dying her hair a wacky colour to raise money and awareness for the plight of vultures. Jess has experience with schools, parties and education of all ages through her prior work and is even an Explorer Scout Leader in her spare time, helping children with skills schools don’t normally teach and enabling them to complete the Duke of Edinburgh Award, much like she did.

For general information about Zoo2U, including registration, please use our contact form by clicking here
This email address is being protected from spambots. You need JavaScript enabled to view it.
07746 277 375
Zoo2U Discovery Centre, Alsager. ST7 2UB